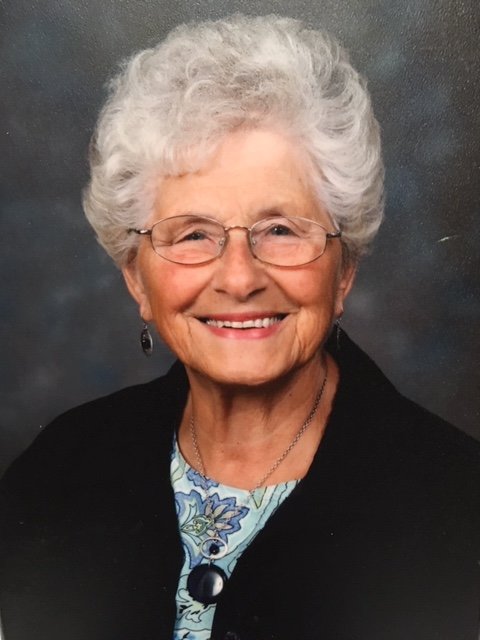 After a brave struggle, Anne Pelkman passed peacefully into the arms of God. She shared a sense of curiosity with the world and the stars with her late husband Martin Pelkman (1987). This sense of curiosity later developed into her passion for local history and for being a history sleuth, to find out the story that was yet to be told.

Laughter, fun, mischief and support were always present with Anne and her two sisters Nel Dunthorne and Wil Marthaler. Born to parents the late Peter and the late Nel Reijnders in Rotterdam they all came to Canada to share a fabulous life.

Anne leaves behind three sons Ken (Kim), Vince (Barbara) and Steve (Lori); along with 8 grandchildren and 4 great grandchildren whom she treasured dearly.

Special thanks to the staff at Strathroy Middlesex General Hospital, Seasons Retirement, Parkwood Institute and the Wheels of Hope for taking such special care of Anne.

Share Your Memory of
Johanna
Upload Your Memory View All Memories
Be the first to upload a memory!
Share A Memory
Send Flowers