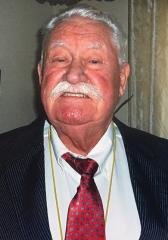 It is with deep sorrow that the family of Morley Norris announces his passing after a courageous battle with heart disease at the age of 78 on Saturday, August 24,2019. Morley was originally born in Queens Cove Newfoundland.

He is survived by his loving wife Judy A. Norris (Whiting) of 26 years who was always at his side. Along with 2 children and 4 stepchildren, cherished father of Katherine Brown (Norris) & Brian of Komoka and Brenda Armstrong (Norris) of London, Bill Tomlinson and Sylvia of Newbury, Richard Tomlinson and Dog April of Strathroy, Shelly Tomlinson and L.B of British Columbia, Mark Tomlinson and Chelly of Sarnia. Beloved grandfather to six grandchildren and five great-grandchildren, his love and joy. He was predeceased by his parents Thomas Norris and Flora Norris Thurston (nee Goobie) of St. John's Newfoundland. Beloved brother to Alice and Laurie Whelan, Stirling and Cherie Norris, Iris and George Vallis, Ruby and Ross Marshall, Christine and Gary Rumsey, Thomas and Cindy Norris. Sadly, missed by many nieces, nephews, family and friends.

Morley was a pipefitter and welder for the local 527 and was a Mason Kilwinning lodge No. 64  for 50 years. He was an avid outdoorsman, fishing and hunting. He loved nature both land and sea with passion for his roots to Newfoundland. A Special thank you to the staff at Strathroy Hospital for there loving care and support during his final days.

Morley will be remembered and always cherished by family and friends as a loving husband, father, grandfather, brother, uncle, friend and proud Newfoundlander.

Cremation has taken place. A celebration of life will be held on Sunday, October 6th, 2019 at the Strathroy Legion Branch 116 (266 Metcalfe St. W., Strathroy, ON) from 1 p.m. - 4 p.m. As an expression of sympathy, donations to the Strathroy Middlesex General Hospital Foundation would be appreciated by the family. Online condolences and donations can be made at www.strathroyfuneralhome.com

Share Your Memory of
Morley
Upload Your Memory View All Memories
Be the first to upload a memory!
Share A Memory
Send Flowers